A total of 37 SPAR solar power plants (1.857 MWp) have been equipped with the iFIX flat roof mounting system in Austria.

The modules deliver a peak power of 45 kWp, equivalent to a current of 13 households. With the solar project, SPAR contributes directly to the reduction of CO² into the atmosphere.

All systems are equipped with solartechnik “made in Austria”. The high-tech solar modules are produced by Kioto Solar from St.Veith an der Glan. Fronius supplies the inverters and the fastening technology comes from Voestalpine – iFIX Solar from Feldkirchen an der Donau 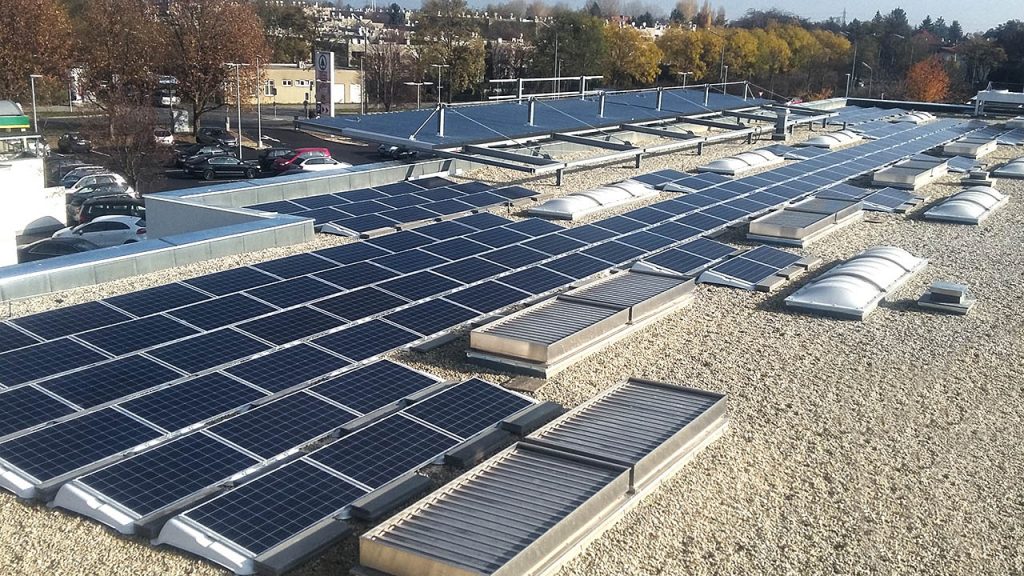 IFIX at the company headquarters in Feldkirchen an der Donau

On the flat roof of the company center a 50 kWp plant with iFIX was built, which in the record time of only one day with ges. 2 man with cabling and module assembly was completed – iFIX made its name as the fastest mounting system all honor. 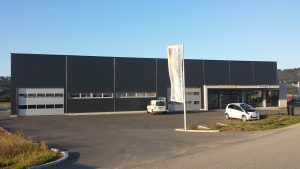 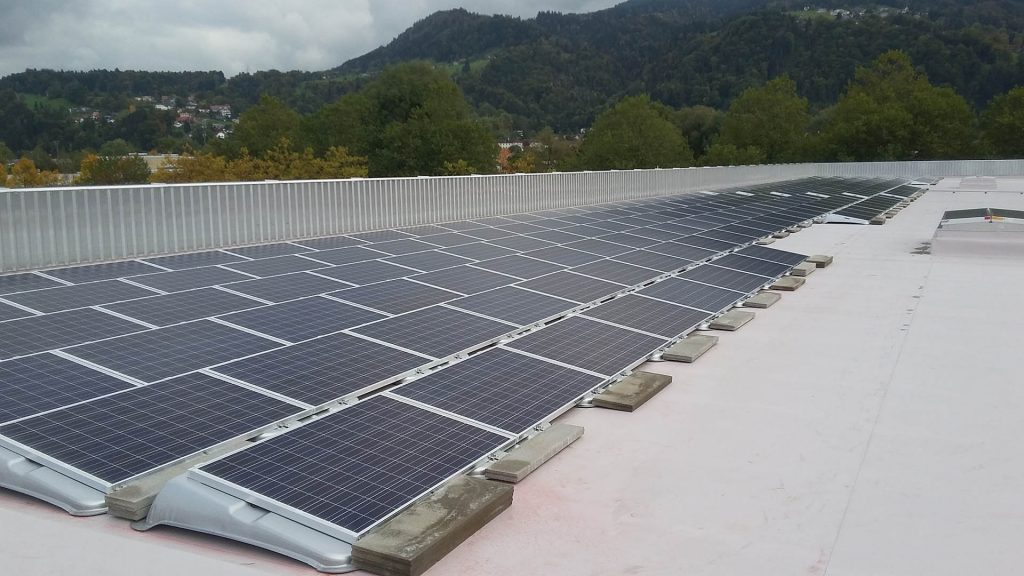 Mounting: iFIX with protection mat for buildings with aluminum lining for foliend roofs